In a report published on Tuesday, Human Rights Watch (HRW) said while the law, passed in September, serves as an "example for the region", it still imposes "restrictions on freedom of movement and expression".

"Qatar's asylum law is a huge step forward in a region made up of wealthy states that have historically shut their doors to refugees," Lama Fakih, deputy Middle East director at the HRW, said in a release.

"But Qatar should go further and amend the law so that it fully aligns with its obligations under international human rights and refugee law," she added.

Qatar's asylum law was among a batch of legislations on residency in the Gulf state passed on September 4 by Emir Sheikh Tamim bin Hamad Al Thani.

One of the laws abolished exit permits for most migrant workers, the other allowed people to apply for permanent residency for the first time.

The new asylum law addresses any person "unable or unwilling to return" to his country due to a "justified" fear of execution or torture over "ethnicity, religion, affiliation with a group or political beliefs."

The landmark laws were passed as Qatar prepares to host the 2022 football World Cupeven as a Saudi-led blockade continues since June last year.

However, the HRW points out that the asylum law still prevents the refugees from engaging in any political activity while residing in Qatar. It also does not allow them free movement within the country.

The law also allows a rejected asylum petitioner to appeal to the prime minister but does not permit an appeal before a court or judicial tribunal for a full examination of both facts and points of law.

Despite restrictions, the law received recognition, with Sara Leah Whitson, executive director of the Middle East and North Africa division at HRW, calling it a "big deal".

Great news that #Qatar has passed region’s first Asylum Law - real security for political exiles in region, hopefully a model for other GCC states who have no asylum or refugee laws. This is a very big deal.

190 people are talking about this

In recent years, the Gulf countries have come under pressure from the UN High Commissioner for Refugees (UNHCR) to sign on and develop legal systems to process refugeess.

Currently, more than five million displaced Syrians live in various countries in the Middle East and North Africa, according to the UNHCR.

Nearly a million Syrian refugees also moved to Europe as asylum seekers since the conflict began in 2011. 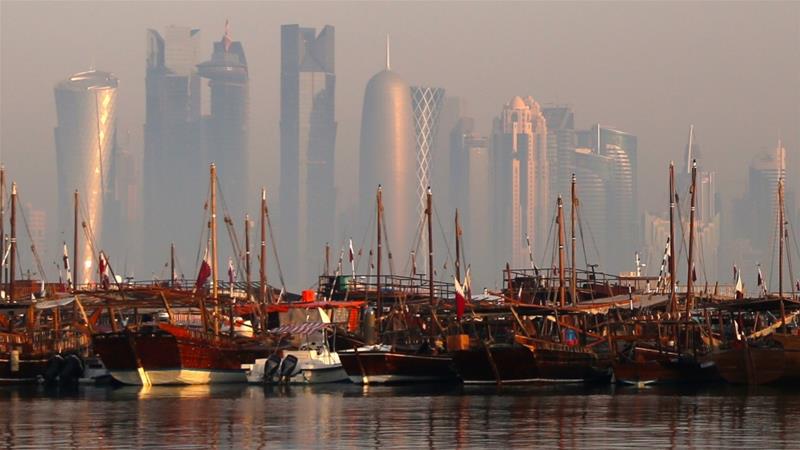