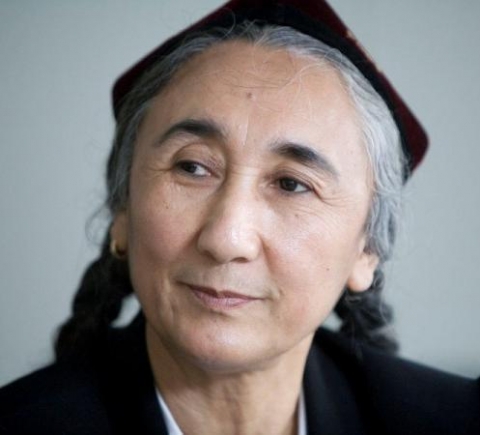 Rebiya Kadeer
I am deeply disappointed to hear that Taiwan refused my visa application. I am disappointed not only because I have lost an opportunity to let Taiwanese people hear the voice of oppressed Uyghur people, but also because of encouragement that this refusal provides China who detained more than 3 million people in concentration camps.
Since 2017, China has been committing mass human rights violations as they attempt to eradicate the Uyghur nation with its covert ethnic cleansing policies. Over the last two and a half years, they’ve imprisoned about 3.5 million people in concentration camps, where inmates had to live in cramped spaces with insufficient food and both mental and physical torture. Credible sources indicate that every day hundreds, possibly thousands, are dying. Those crimes against humanity are not being exposed to the world simply because of China’s sophisticated manipulation and control media control. While It is proceeding a covert genocide, China aggressively launching a campaign to fulfill Xi Jinping’s nationalist Chinese dream.
Despite all of international criticism, China’s tyrannical government still has representatives sitting on International meetings and UN panels displaying its boldness confidence and even arrogance.Other countries, either through their support of China’s inhumane policies or their refusal to address the heinous crimes, are encouraging China and supporting the covert elimination of Uyghur and Kazakhs in the camps. This can be our friendly warning that the world should think who will be next target after Uyghur people are wiped out by China in their silence.
By attending this meeting, I would hope to describe the misery of the three and a half million people and spread awareness of the tragedy to Taiwan. In doing so, I hoped to share my personal experience in dealing with  Chinese high-level political bureaucracy and increase the friendship between Uyghur people and Taiwanese people.
By rejecting my visa application, the Taiwanese government has deprived its people of hearing the bitter stories of the camps directly from a representative of the inmates. The Taiwanese government's extreme caution in this decision is contrary to the interest and will of Taiwanese people, who are struggling to protect their independence. This decision allows these crimes to remain undisclosed and will encourage Chinese communists to ultimately turn their attention towards Taiwan; it does not represent the interest of Taiwan people. Therefore, this is not a democratic decision.
The Taiwanese government is staying silent about the camps in East Turkistan, and I ask the government to break the silence and fulfill its national and humanitarian duties.
Rebiya Kadeer
Leader of the Uyghur National Movement
GIVING TO IUHRDF
HOW YOU CAN HELP