Rabiye Qadir: A report is a product of not only being professional but also brave 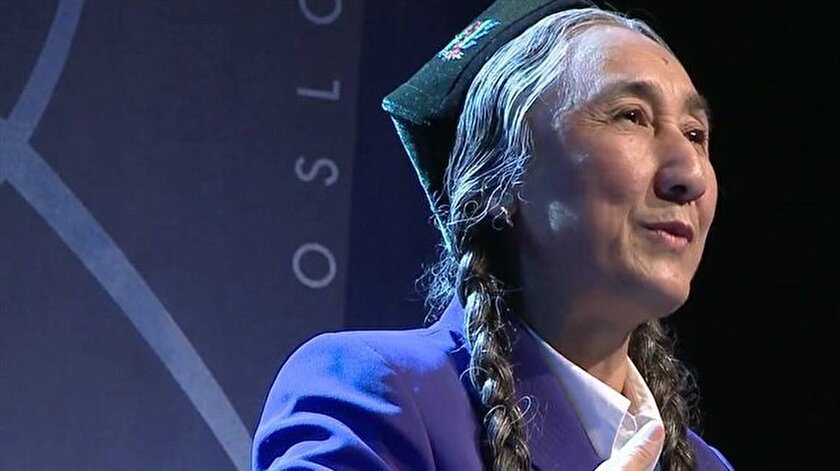 Professor Tomoya Obokata, in his report to the UN, concluded that claims of Uyghur forced labor are reasonable and constitute crimes against humanity. This is not only the fruit of his academic work and professional effort but also the result of his unwavering virtue in the face of difficulties and threats.

We saw that Professor Alina Dohan, a UN expert, played a role in China’s propaganda campaign stage for the Uyghur issue for $200,000.

Michelle Bachelet—the High Commissioner of the UN Human Rights Commission—also failed to stand up to China’s pressure during her visit to East Turkistan. Even if China distorted her words when presenting her evaluation of the human rights issue, which was the most important content of her report, as an admirer of China, she did not dare correct any mistakes in these crucial points.

Because China is a powerful country, it deceives, misleads, and scares followers of the truth in various ways. Ms. Bachelet’s silence in the face of her distorted words and Ms. Dohan’s bribery are only some of the results of the longstanding deceitful methods used by China to gain power.

As someone who has lived under the Chinese regime for 50 years, served in the Chinese government, and knows how Chinese government institutions work, I assume that Professor Tomoya must have suffered unexpected attention from China by now for not implementing its “suggestions and recommendations.” If this has not happened for some extraordinary reason, I expect that China will begin “caring” for him soon.

On Wednesday, Chinese Foreign Ministry spokesman Wang Wenbin denied Mr. Tomoya’s report and accused him of abusing his power to “patently smear China and act as a political tool of anti-China forces.” Of course, evil forces see the world through an evil lens and act accordingly, so we can say that Professor Toyoma Obokata’s reporting of Uyghur forced labor as contemporary slavery is only the beginning of his fight to speak the truth and his struggle for the oppressed.

Additionally, scholar Olsi Yazichi, a researcher who went to investigate the Uyghur situation at China’s invitation, lost his job in Albania because he revealed the truth to the world after his visit. Baseball star Enes Carter Freedom and soccer star Mesut Ozil have also been suspended from their respective teams under threats from China for siding with the oppressed on the Uyghur issue .

Thus, we can say that Professor Tomoya Obokata knowingly took a risk in reporting on Uyghur forced labor as contemporary slavery and a crime against humanity.

In a situation where America’s “hero,” F9 star John Cena, is in fear and asking for forgiveness from China, and billionaires like Elon Musk are opening companies in Urumqi, East Turkistan, where the genocide is still ongoing, and praising China, Tomoya Obokata’s objective judgment about Uyghur forced labor is not only a sign of professionalism but also one of courage. He is virtuous and recognizes his responsibility to fulfill his duties as a human.

Therefore, I would like to express my sincere thanks to Professor Tomoya Obokata and his workplace, Keele University, on behalf of the voiceless Uyghur people.